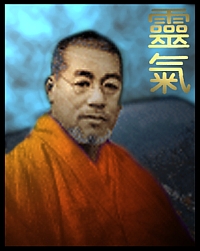 Reiki (ray-key) is a natural healing technique that makes use of the laying-on of hands. Thought to have originated in Tibet thousands of years ago, Reiki was re-discovered by Dr. Mikao Usui, a Japanese Buddhist in the 1800's. It was his purpose to find how Buddha healed the sick.

During his 10 year quest he studied the teachings of Christ, and the sacred literature of Japan, China, India, and Tibet. At the end of his quest the complete system of Reiki came to him during a mystical experience on the Holy Mountain of Kuriyama in Japan.

Mikao Usui initiated sixteen masters, one of whom was Chujiro Hayashi.

At the age of 47 Dr. Hayashi received Reiki teacher training from Usui Sensei. For about ten years he ran a Reiki clinic. During those ten years he came up with a more complicated set of hand positions and divided the Reiki training into three levels or degrees.

Hayashi initiated thirteen masters, one of whom was Mrs Takata. After being healed from serious conditions in Dr. Hayashi's clinic, Mrs. Takata decided to learn Reiki. She spent at least a year working for Dr. Hayashi in his clinic before receiving the second-degree training. In 1938, she received her teacher training from Dr. Hayashi.

Hawayo Takata features prominantly in Reiki history as the master who brought Reiki to the western world. She lived in Hawaii and before her death in the 1970's, taught 22 Reiki masters. Most of the Reiki that we know and love in the western world comes through the Takata lineage.

Contact Us for your Healing Thru Touch - Reiki Sesson Today!